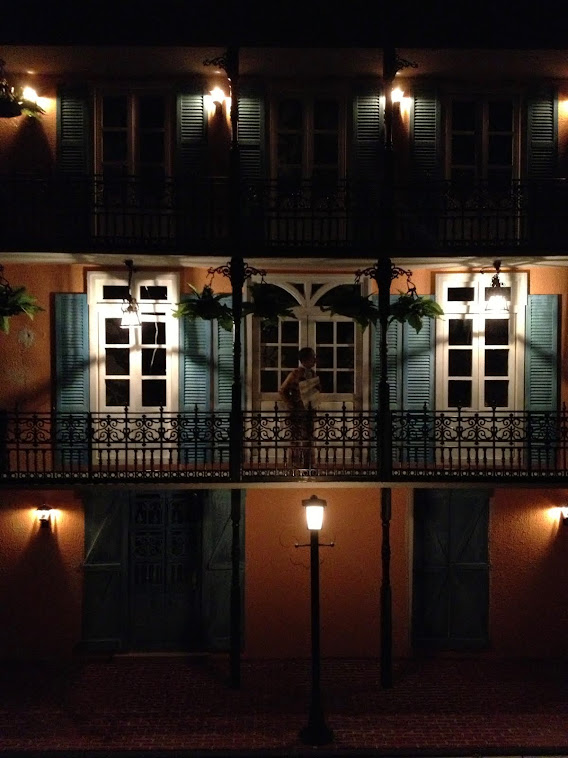 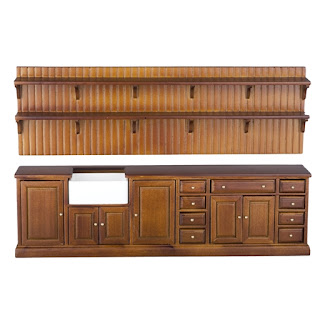 My major obstacle is trying to base the period of this house with the dress of the family in the Creole Townhouse. I saw the disney movies, "Pollyanna" and "The Music Man" and I feel that my family's attire closely matches the time between 1913-1915  America depicted in the movies.
My doll's were described as "turn of the century New Orleans" from the seller and all of "my" research shows there was big development between the years of 1900-1920 in fashion and innovation. It is hard for me to identify what was British from American, or the clothes don't match the appliances or its not what I have in mind.

I did catch a glimpse of the kitchen in "The Music Man" and it contained the ugly all black wood stove with the pipe, that I don't like. I prefer the look of this one over the roper range but I don't even know if it is appropriate in time or wood, coal or gas. 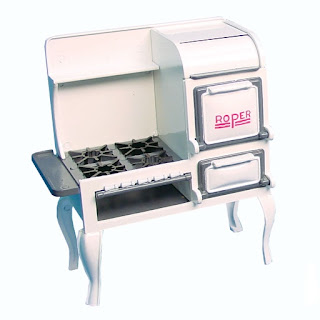 I can change my mind on this later and go with the roper because my stove was less expensive.

The few bathroom pictures I have seen from this time period are boring. However, I like the 1920's bathroom decor Hobby Builder's used on one of its covers and I even have the chair already. But I don't really like the bath set. The decor looks really rich and antique and the bath tub, toilet and the shower look inexpensive and more like a modern update in this setting in "my opinion". I LOVE the set I bought even though it is mahogany, which is my least favorite wood in miniature. I don't know if my set fits the time period and it looks like a fancier version of the Hobby Builder's set and British to me. This mahogany set will be more difficult for me to change because of the cost of the set and I like the set so much. 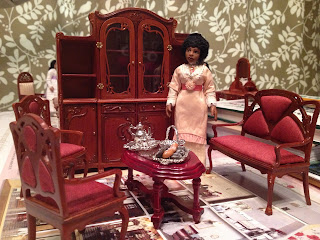 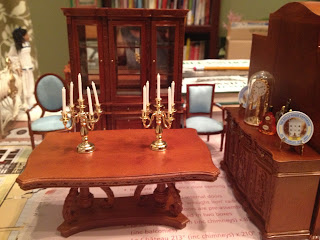 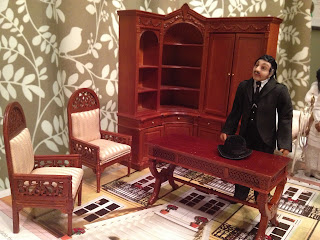 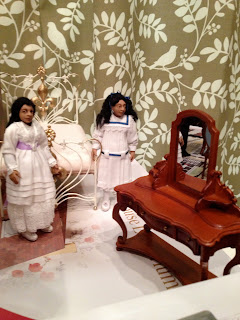 I decided that I had enough furniture now to show the foundation for a few of the rooms that I have planned for the Le Chateau/Creole Townhouse. I think I need to dry fit the house to get a sense of the size of the rooms because I love the furniture that I have so far, I will really be disappointed if things don't't fit properly. I just placed the furniture sets on top of the dollhouse box and arranged them like rooms. The study has a first and second option set of furniture. I have a set in mind for the master bedroom and the bathroom but the kitchen is still up in the air because I am not sure about the period. The girl's room have matching beds but I am afraid the beds might be too large for the space and will need separate rooms, so I only have a vanity right now (might be painted white later).
Posted by Jocelyn at Saturday, March 02, 2013 6 comments:
Email ThisBlogThis!Share to TwitterShare to FacebookShare to Pinterest
Newer Posts Older Posts Home
Subscribe to: Posts (Atom)

Jocelyn
Married to a great guy and a member of a loving extended family. I have loved dolls and dollhouses since childhood.